[Ed. – The fact that the question needs to be asked is sign enough of the perilous times we are in. The answers, moreover, are sobering. Nearly a third of Americans want tributes to Washington and Jefferson stripped away?]

The latest Rasmussen Reports national telephone and online survey finds that 75% of Likely U.S. Voters do not believe that Mount Rushmore should be closed or changed because two of the four presidents it honors – George Washington and Thomas Jefferson – were slave owners. Seventeen percent (17%) believe the iconic memorial in South Dakota should be closed or changed. (To see survey question wording, click here.)

But this compares to 90% who opposed closing or changing Mount Rushmore when Rasmussen Reports first asked this question three years ago.

Similarly, 71% still oppose removing the names of the early presidents like Washington and Jefferson who were slave owners from public places and taking down statues in their honor. Eighteen percent (18%) favor such moves. However, this compares to 88% and seven percent (7%) respectively in 2017. 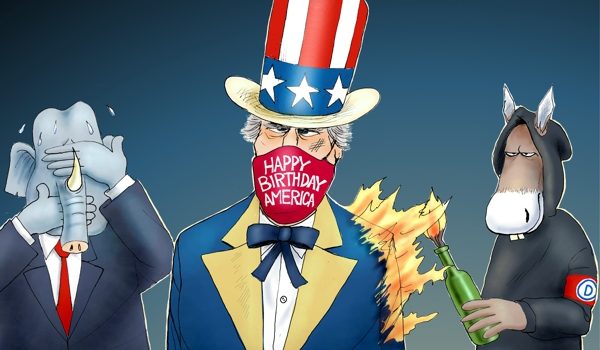