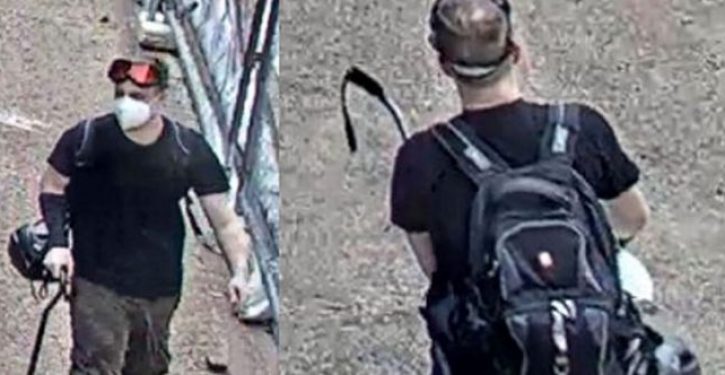 [Ed. – There will be others before this is over.]

Federal law enforcement officials on Thursday arrested a man in Washington they call a “ringleader” in the recent attempt to destroy the Andrew Jackson statue in Lafayette Square near the White House.

Law enforcement sources tell Fox News that Jason Charter was arrested at his residence Thursday morning, without incident, and charged with destruction of federal property. He was arrested by the FBI and U.S. Park Police as part of a joint task force.

These sources add that Charter has connections to Antifa and was in a leadership role on the night of June 22 when a large group of protesters tried to pull down the statue.

“They were very organized,” a federal law enforcement official said. “Charter was on top of the statue and directing people … they had acid, chisels, straps and a human chain preventing police from getting to the statue.”

U. of Massachusetts nursing dean fired after saying ‘everyone’s life matters’
Next Post
BLM protests are not about black equality: They are about leftist power