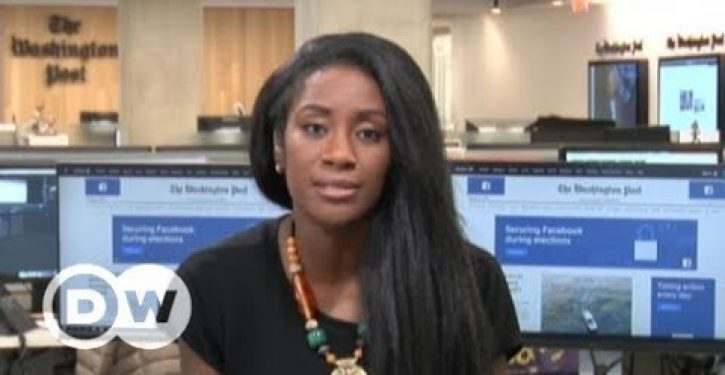 [Ed. – While penning the comment about ‘Karens’ below, did she forget her own name is Karen?]

The Washington Post’s global opinions editor Karen Attiah deleted tweets Sunday saying that “white women are lucky” black people are “not calling for revenge” after listing various things she claimed white women are responsible for in the past.

Attiah tweeted a list of incidents she claimed came about due to “the lies & tears of white women.” Included in this list are “The 1921 Tulsa Massacre” and “53% of white women voting for [President Donald] Trump.”

“White women are lucky that we are just calling them ‘Karen’s,’” Attiah tweeted. “And not calling for revenge.”

“I’m just saying,” Attiah wrote in a reply tweet. “Be happy we are calling for equality. And not actual revenge.”

Despite deleting the comments after some backlash, Attiah suggested that she did not regret writing them.