The Department of Homeland Security (DHS) is deploying a special federal unit across the country for the July 4 weekend in order to protect federal monuments and statues from a possible fresh wave of vandalism.

“The upcoming July 4th holiday weekend has the potential for increased disruptive activity at specific locations across the country that could threaten our personnel and the Federal facilities and property they protect,” a soon-to-be-released memo penned by acting DHS Secretary Chad Wolf, and obtained by Fox News, says. …

Rapid Deployment Teams (RDTs) from the Protecting American Communities Task Force (PACT), and consisting of law enforcement officers specially trained in areas such as crowd control and riot control, will be dispatched to Portland, Seattle and Washington D.C. 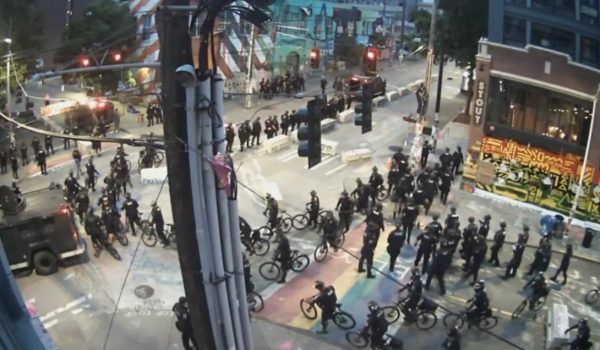 Seattle police descend en masse to retake CHOP
Next Post
Biden: ‘I can hardly wait to compare my cognitive ability’ to Trump’s