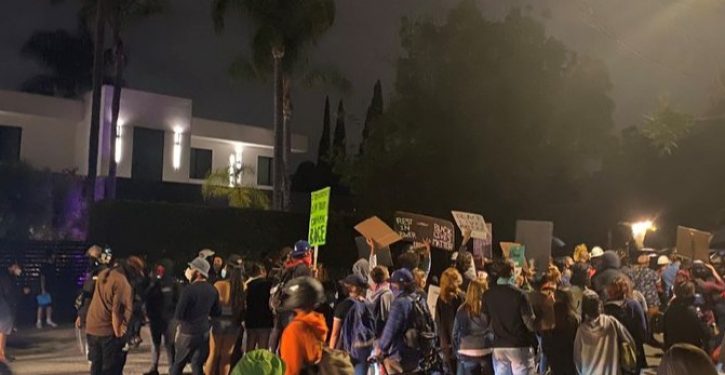 [Ed. – Interesting development. Let’s see how this plays out.]

… [J]ust a couple of weeks ago … Black Lives Matter activists and their supporters came to Beverly Hills. … [S]ome protesters came into the residential areas and held a late-night protest among the homes of the rich and famous. The residents very quickly reacted as most people would do – they demanded action from their local lawmakers to protect them and their property.

Funny how that happens, right? The wealthy liberals who carefully maintain their woke public images suddenly revert to a Not In My Back Yard (NIMBY) mentality when the mobs come for their neighborhoods. The city of Beverly Hills issued an emergency order two nights later that bans public gatherings of more than 10 people in residential areas between 9 PM and 8 AM.

Did organizers of a ‘defund the police’ event request a police presence to keep them safe?
Next Post
Rolling Stones threaten to sue Trump over using their songs