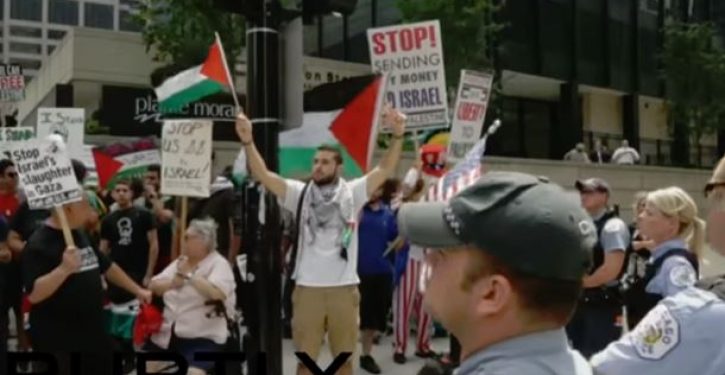 [Ed. – The Israeli measure is usually erroneously referred to as “annexation,” but that can occur only where there is clear title to the land held by someone else. There has been no such title since the Ottoman Empire’s demise nearly 100 years ago.  The Israeli measure is properly referred to as extending Israeli civil law to the West Bank (the provinces of Judea and Samaria).  Some pols and pundits refer to it as extending sovereignty; i.e., the state sovereignty of Israel. That has a similar meaning but not the same.  Note also that the U.S. has no power to “allocate” land to anyone.  The U.S. proposal reflects what the Trump administration would be prepared to support, but settlement of the territorial dispute is up to the parties.]

The Palestinians are prepared to renew long-stalled peace talks with Israel and to agree to “minor” territorial concessions, according to a counter-proposal to a contentious US plan.

A Palestinian Authority text sent to the international peacemaking Quartet, and seen Monday by AFP, said that the Palestinians are “ready to resume direct bilateral negotiations where they stopped,” in 2014. …

Israel’s coalition government has set July 1 as the date from which it could start unilaterally annexing swaths of the West Bank — the settlements as well as the strategic Jordan Valley — allocated to it under US President Donald Trump’s Middle East peace proposal.