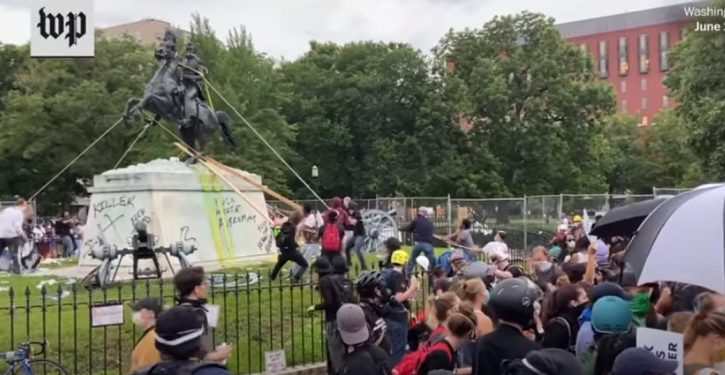 Four men were charged after they tried to tear down a statue of former President Andrew Jackson near the White House on Monday.

The Department of Justice announced Saturday that the men were charged with destruction of federal property, a felony with a maximum sentence of 10 years.

One defendant was already arrested and the three others “have not yet been apprehended.”

Archbishop of Canterbury says Jesus ‘shouldn’t be portrayed as white’
Next Post
Barr: DOJ has 500 investigations into rioters and destruction of statues