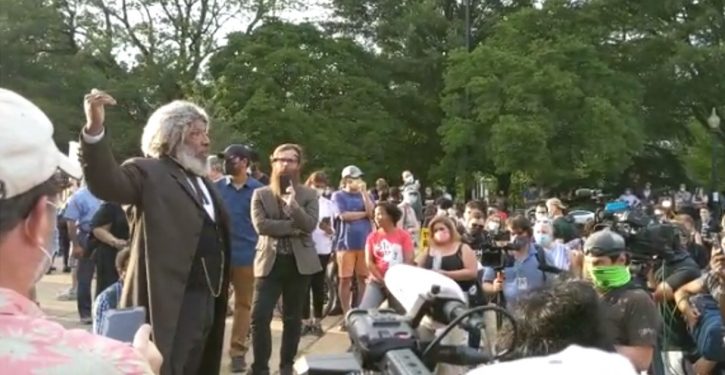 [Ed. – Inspiring doings.  The protesters look so callow and pathetic compared to the older folks who know the actual history of slavery and the memorial.  Maybe some of the younger ones learned something.]

Blazing sun and high humidity met hundreds of protesters, counter-protesters, neighborhood residents, police officers, and reporters Friday evening at Capitol Hill’s Lincoln Park. The protest, planned Tuesday, hoped to tear the monument of Abraham Lincoln with one hand on the Emancipation Proclamation freeing a slave, modeled by freedman Archer Alexander. It was paid for by local black residents and black Union veterans and dedicated by Frederick Douglass.

While Black Lives Matters activists tried to chant them down, reenactors dressed as freed slaves of Capitol Hill and Frederick Douglass gave an abridged version of the dedication speech. When the organizer told the crowd that the older generation had failed them and had nothing to teach them, a black man in a “New York City” shirt followed, raising his voice to tell the crowd his great-great-grandfather is that slave (depicted in the memorial), and “this young upstarts” better show some respect for the suffering of their people. 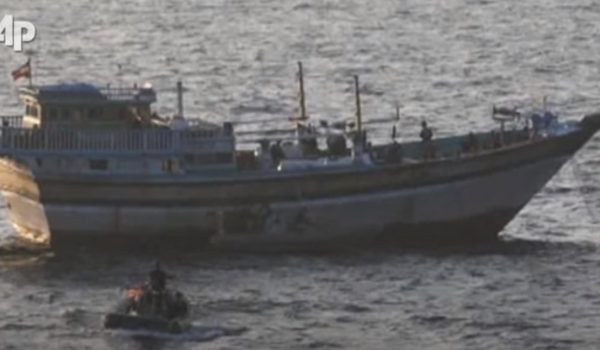