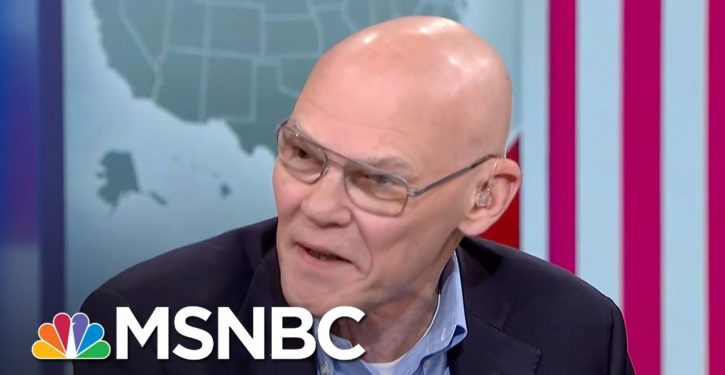 [Ed. – Presumably he and other Democrats feel the same way about the name at the top of the ticket. They aren’t really for Joe Biden but, rather, against Donald Trump. Will this ‘strategy’ pan out?]

Democratic strategist James Carville on Thursday said that it doesn’t really matter who presumptive Democratic presidential nominee Joe Biden picks as his running mate, even if it were 2008 Republican vice presidential candidate Sarah Palin, because he just wants “to win this thing.”

Carville’s comments come as Biden has said he will pick a running mate by Aug. 1.

“He’s not a very gimmicky kind of person, and I don’t think people are looking for a gimmicky president,” Carville said while discussing the possible vice presidential picks. “I’ve said before in a kind of exaggerated way, I don’t care. Pick Sarah Palin. I’ll be for her too. I just want to win this thing.”

The former vice president has double-digit leads in a number of national polls and leads in the RealClearPolitics average of polls by more than 10 points, having more than doubled his lead in the past month. …

Biden asked where he stands on tearing down statues of founders, but he won’t say
Next Post
‘Y’all don’t even know the history’: Sign-carrying black man rips protesters who want to take down Lincoln statue 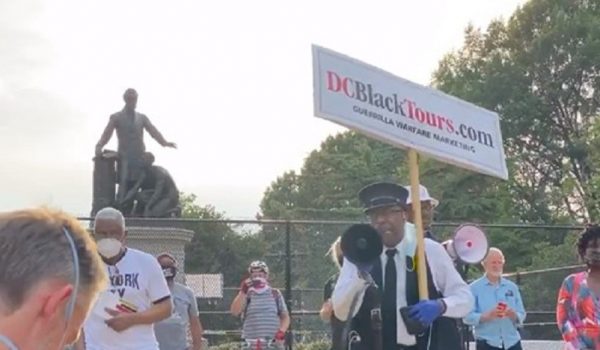