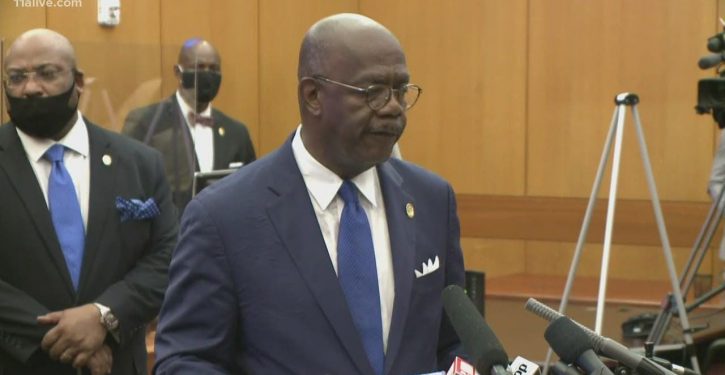 [Ed. – As Bronson Stocking notes, the city downplayed the early reports of a widespread sick-out after the county prosecutor basically tried and sentenced the officer in the Rayshard Brooks case as he announced the charges.  The real number was very high, and remained so two days later.  Bronson reports that officers are still leery of reporting for duty.]

While Atlanta cops were calling out sick en masse, officials downplayed the reports.

Atlanta Sergeant John Chafee told CBS News that “suggestions that multiple officers from each zone had walked off the job were inaccurate.” … But Channel 2 Actions News now knows the answer.