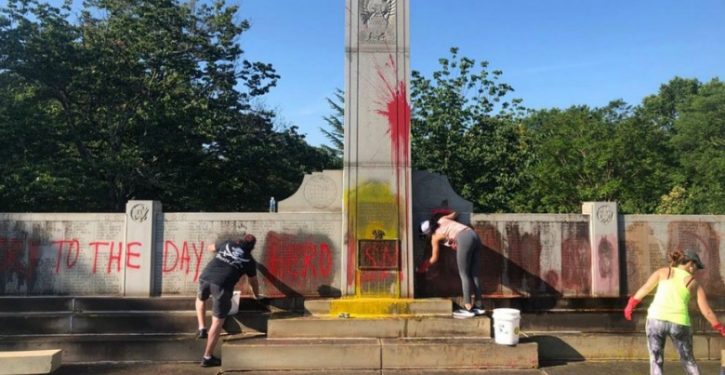 [Ed. – You mean it’s not because they’re young and impressionable and don’t know any better than to drink the Kool-Aid served up to them in their college classrooms?]

Long-term polling by Gallup shows a slow and steady decline in American national pride and confidence in our institutions that predates the COVID-19 crisis. But as Catherine Rampell notes in the Washington Post, the slide has accelerated in the last several months.

On nearly every metric, the share of Americans rating the United States as “better” than other countries has declined since the pandemic began.

… Rampell is correct when she writes, “Normally, of course, reduced patriotism or institutional trust would not be positive developments. These declines can be constructive only if they spur the public — and elected officials — to create conditions that would inspire more patriotism and trust.”

Defund the thought police
Next Post
Like it or not, it’s comedy’s turn to contend with its role in perpetuating systemic racism