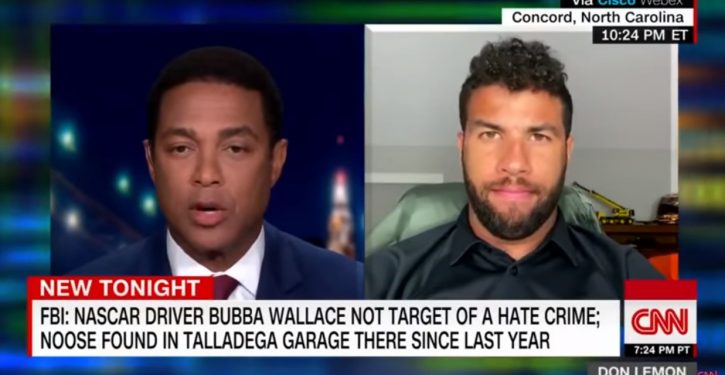 [Ed. – Smollett redux: His head is bloodied but unbowed.]

NASCAR driver Bubba Wallace appeared on CNN on Tuesday night for an interview after federal investigators concluded that there were no crimes committed over allegations that a noose had been left in Wallace’s garage stall.

When asked how he was doing after the FBI found that there was no hate crime, Wallace responded that he was “pissed,” saying that he is angry because people are questioning his character over the incident/

“None of the allegations of being a hoax will break me or tear me down,” Wallace continued. “Will it piss me off? Absolutely. But that only fuels the competitive drive in me. …

In analytical scrum on new page of Strzok case notes, don’t miss the ‘little’ thing Comey did
Next Post
Mark Cuban says Biden ‘100%’ has ‘stamina’ to be president during endorsement