[Ed. – Such an order would seem to necessitate putting statues and monuments under federal protection – in which case, I’m not sure how city governments could be put on the hook to guard them.  But reportedly it’s something the Trump administration is “looking at.”]

President Trump said Monday that he will soon issue an executive order meant to protect public statues and monuments from being damaged or destroyed by far-left and anarchist protesters.

“We are going to do an executive order and make the cities guard their monuments,” Trump told Eternal Word Television Network’s Raymond Arroyo. “This is a disgrace.”

Arroyo told host Laura Ingraham that the president did not elaborate on how the order would be crafted. The EWTN anchor posited that Trump could designate the statues as National Historic Landmarks or enter them in a “national trust” to legally protect them. 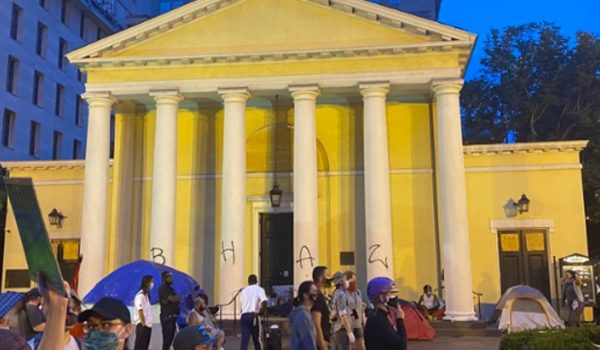