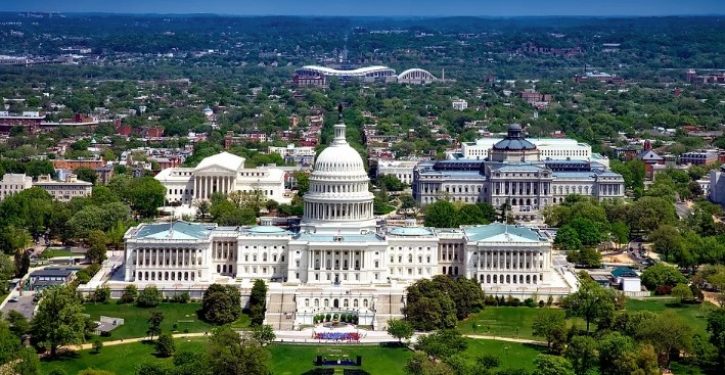 [Ed. – This couldn’t have anything to do with the fact that Democrats outnumber Republicans 76% to 6% among registered voters, could it?]

The House is expected to vote next week on a measure that would make Washington, D.C. a state, House Majority Leader Steny Hoyer announced on Tuesday. The measure, dubbed H.R. 51 — to denote that D.C. would be the fifty-first state — is expected to pass in the Democratic-controlled House, but will likely face steep opposition in the Senate.

With a population of over 700,000, the District of Columbia is larger than Wyoming and Vermont. However, D.C. residents have no voting representation in Congress. Eleanor Holmes Norton represents D.C. in Congress as a non-voting delegate. The Washington, D.C. Admission Act would establish the state of Washington, Douglass Commonwealth, referring to famed abolitionist Frederick Douglass. The new state would have two senators and one representative in the House.

“Our country is one of the only democratic nations on Earth that still denies voting rights to the residents of its capital city.”…

N.J. Republicans receive misprinted ballots with Democratic candidates listed instead
Next Post
L.A. County confirms what Trump said all along, numbers spiking because of testing increases