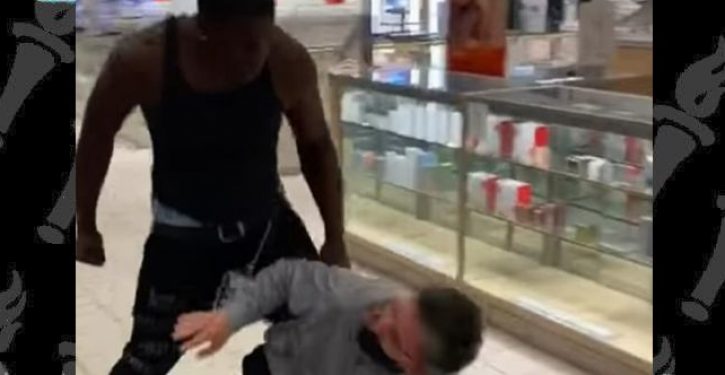 Law enforcement officials in Flint, Michigan, are looking to talk to two men after an attack was caught on camera earlier this week at a Macy’s store in which a man attacks a Macy’s employee, claiming that the employee called him the “n-word.”

The video, which is violent and contains graphic language, does not show that the employee used any racial slurs but does appear to show the other man repeatedly striking him while he was on the floor.

“Damire Palmer, 18, of Mount Morris and Damarquay Palmer, 22, of Flint Township have been identified by police as the two suspects involved,” WNEM TV5 reported. “Police say they learned that an employee of the store was assaulted by a male who fled the scene with a second individual after the assault. The store surveillance video confirmed the assault against the employee. Investigators also learned that the assault was recorded by the second individual and shared on social media.”