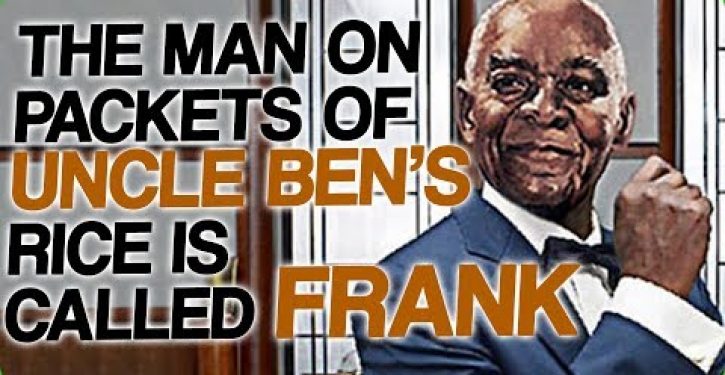 Hey, why not change the name of the rice to 'Frank's'? (Image: YouTube screen grab)

The parent company of Uncle Ben’s rice said Wednesday that “now was the right time to evolve” the brand, including visually, but did not release details of what exactly would change or when. The move follows a similar announcement earlier in the day by Quaker Oats, the company that owns Aunt Jemima’s syrup.

Mars Inc., the parent company, said in a release that as a global brand, “we know we have a responsibility to take a stand in helping to put an end to racial bias and injustices.”

“Racism has no place in society. We stand in solidarity with the Black community, our Associates and our partners in the fight for social justice,” Mars said. “We know to make the systemic change needed, it’s going to take a collective effort from all of us — individuals, communities and organizations of all sizes around the world.”