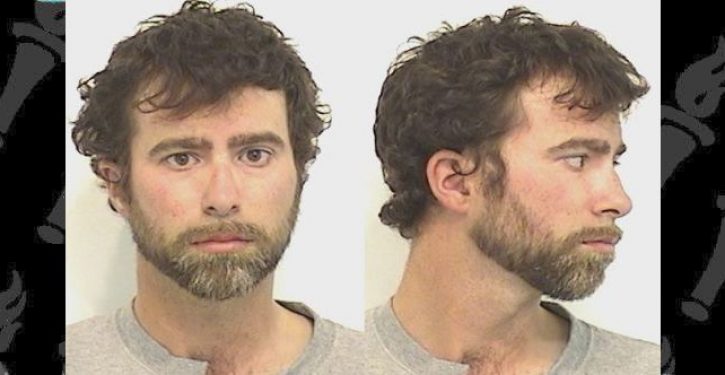 [Ed. – Would you want this guy anywhere near your children … or anyone’s children?]

One of the suspects involved in vandalism at the Christopher Columbus statue in Elmwood Avenue is a teacher at Pawtucket Public Schools who is now out on leave pending an investigation, according to the superintendent.

Derrick Garforth, 34, was charged with desecration of grave/monument, which is a felony.

Around 1:30 a.m., on Saturday morning detectives noticed a man and woman getting out of a car and running across Elmwood Avenue towards Columbus square. The two began to splatter paint on the boarded up monument, according to police.

Detectives saw both suspects enter the rear lot of the Feinstein School heading towards Ontario St. Detectives quickly drove to Ontario Street and were able to catch up to both suspects as they exited the lot.