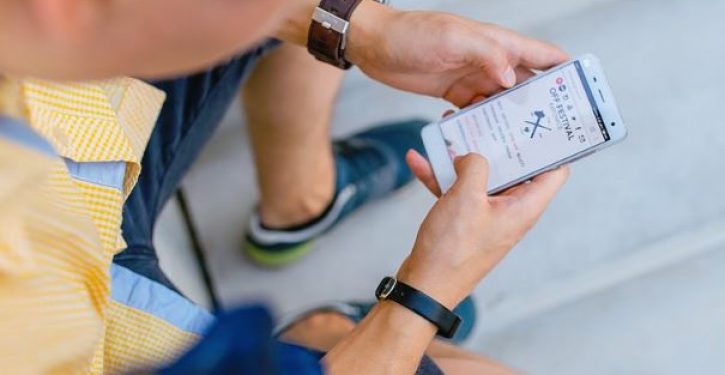 [Ed. – This is pretty weird.  The Fox Business report says the only carrier having an outage is T-Mobile.  Apparently “DownDetector” has been showing outages for several others, but Fox quotes two as saying they have no problems. The UK Sun — granted, often a sensationalist outlet — is reporting it as a full-blown cyber attack.  The real attack may be on our information matrix!  Heads up; fortify those minds. UPDATE: OK, and now I seem to have seen the Lieu tweet disappear from his Twitter stream literally right before my eyes.  It’s screen-capped from the Fox Biz report.]

T-Mobile is contending with a widespread outage of voice and data service amid reports on social media of dropped calls and text messages that won’t send.

There is no evidence that the outage, which was first reported by T-Mobile on Twitter Monday afternoon, is an attack, but Rep. Ted Lieu, a Democrat from California, said a denial of service attack, or DDoS, took place today. 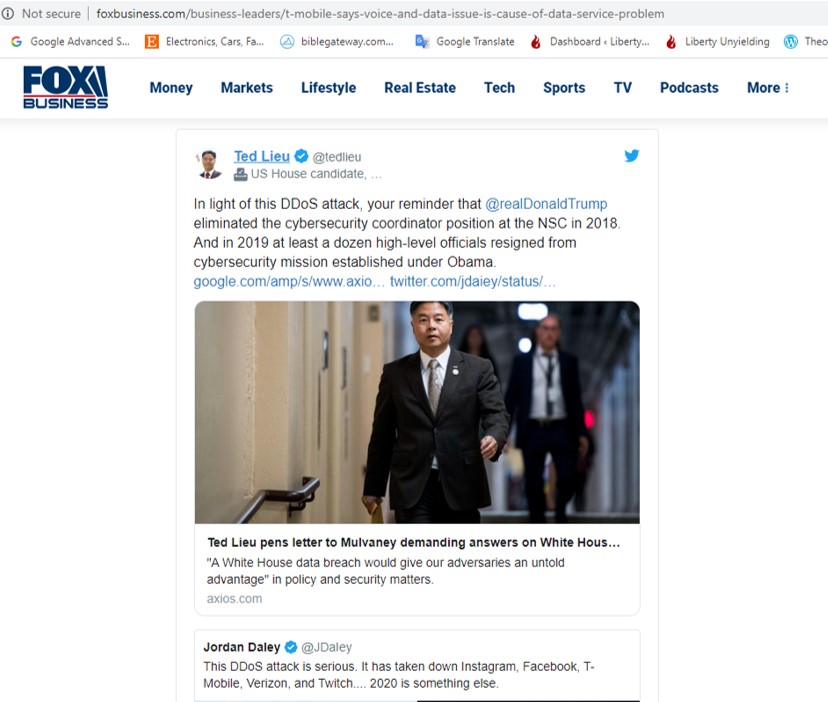 Verizon and AT&T both told FOX Business that their networks are operating normally and have not been down.