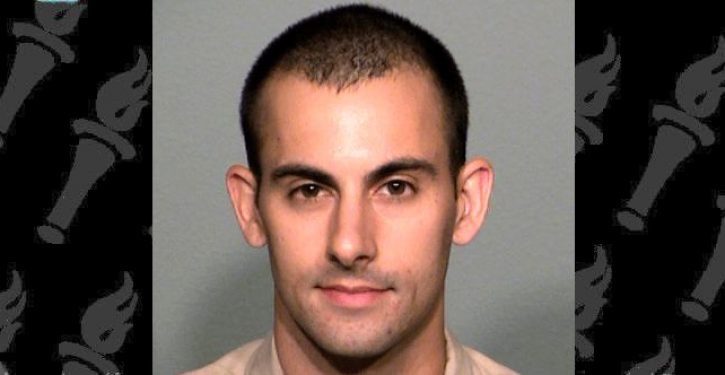 [Ed. – This story hasn’t been worth the time or attention of the media, none of which have reported it.]

A Las Vegas cop who was shot in the head attempting to disperse a crowd of protesters on the Vegas Strip last week will likely need to be on a ventilator for the rest of his life, his family announced Tuesday.

The family of Las Vegas Metropolitan Police Officer Shay Mikalonis, 29, updated his condition in a statement released through the police department.

“Shay is on a ventilator and will be for the foreseeable future or perhaps the rest of his life,” the statement said.

Mikalonis is listed in critical condition at the University Medical Center trauma unit in Las Vegas, and is awake and “appears to recognize his family,” the family said.

“He had a set back today, but the outstanding staff at UMC is working hard to get his vitals back under control,” the update said.

The four-year veteran of the force underwent surgery … Tuesday.