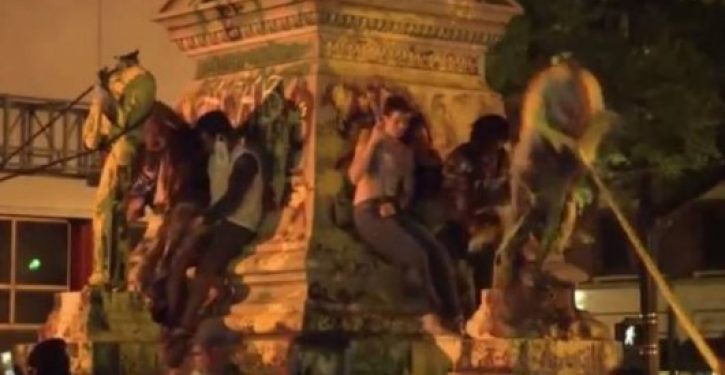 [Ed. – You gotta be careful about tearing down these statues. Some of them obviously fight back.]

A protester has reportedly been seriously injured while pulling down a Confederate statue in Portsmouth, Virginia.

“There was a gentleman who was directly in front of the statue and when the statue finally did give way it came and fully hit him in the head,” a local Black Lives Matter representative told news reporter Brett Hall.

“You could see his skull was actually showing, he was convulsing on the ground. He lost a fair amount of blood, we’re asking everybody to pray for that man right now.”

Hall, who was at the protest, reported it had been a celebratory atmosphere as protesters worked to pull the statues down from the monument using chains and a tow rope as well as a sledgehammer.

But that quickly turned to horror as one of the statues came free suddenly and fell into the crowd, hitting the man. 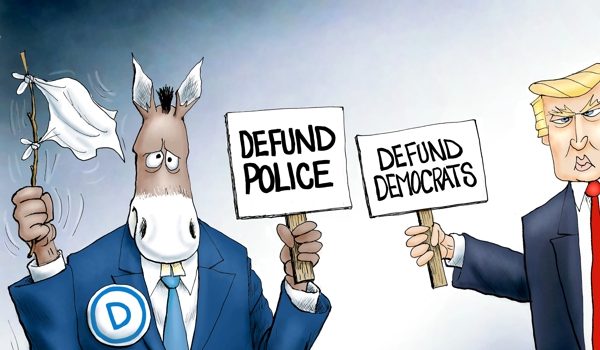 Cartoon of the Day: Unconditional surrender
Next Post
Popularity of Black Lives Matter jumps to 62%