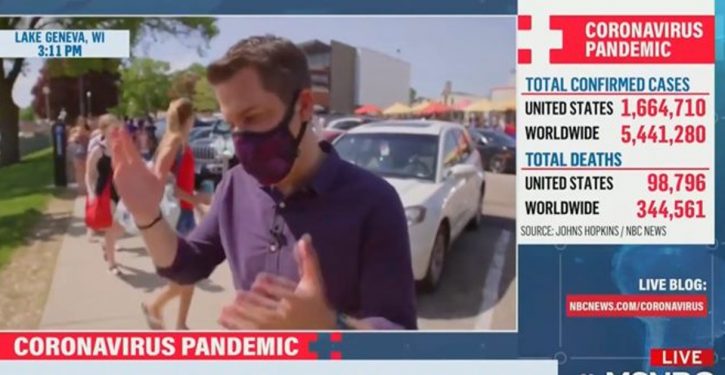 [Ed. – It’s so obvious even liberals are aware of it.]

A new survey released this morning shows that 59.8% of likely voters, liberal and conservative, believe that “some members of the media” would like to see the coronavirus shutdown drag on so that “it hurts” President Donald Trump’s chances of reelection in November.

In the survey, which was commissioned by the MRC in coordination with McLaughlin & Associates, 1,000 likely voters were asked: “Do you believe there are some members of the media that would like to see this shutdown drag on as long as possible so that it hurts President Trump’s chances in November?”

NYC will paint ‘Black Lives Matter’ on streets in all 5 boroughs
Next Post
I’m a conservative, and I agree that black lives matter. Why is this even controversial?