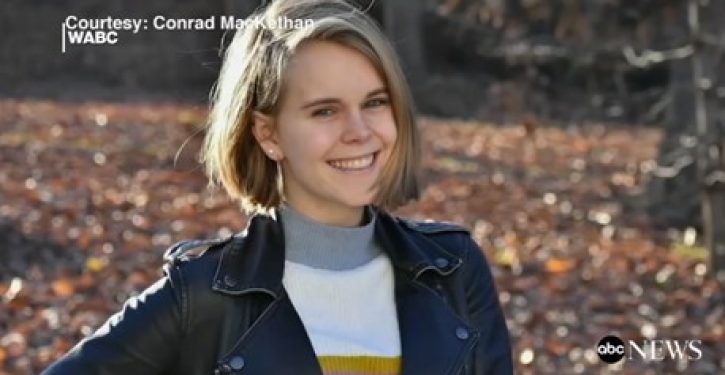 [Ed. – If 3 white kids killed a black girl— it would have been called a lynching. –Candace Owens]

The unnamed teenager pleaded guilty to first-degree robbery as a juvenile — a felony. He will be sentenced by a judge on June 15 to a limited security facility for six to 18 months.

“This resolution is in the best interest of the community and for a youth who has had no prior contact with the juvenile justice system and was not the main actor in the murder,” said James E. Johnson, the city’s corporation counsel, a division that prosecutes juvenile offenders, in a statement.

The juvenile was 13 years old when he and two other teenagers, Rashaun Weaver and Luchiano Lewis, were accused in the fatal stabbing of Majors during a mugging gone wrong last December in Morningside Park, steps from Barnard College.