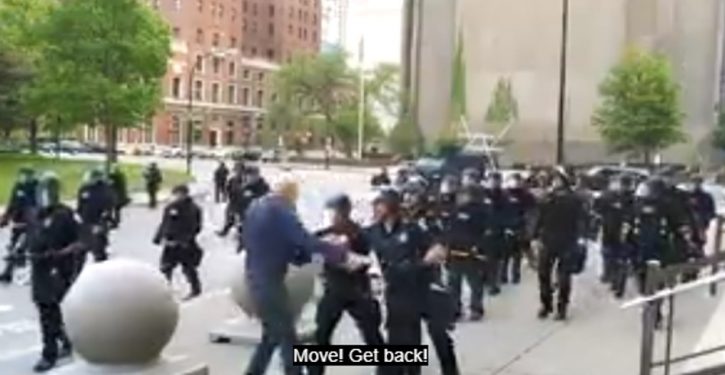 [Ed. – There may be no excuse for the officers who pushed the 75-year-old man in the confrontation.  The police are under a lot of pressure both fair and unfair, and have been for some time.  I doubt this is really “about” that single incident.  It could be more about unrealistic expectations being heaped on police duties and performance, over an extended period of time.]

The entire Buffalo police Emergency Response Team has resigned following the suspension of two officers who were caught on video shoving a 75-year-old protester to the pavement, according to reports Friday.

A total of 57 officers resigned from the emergency team in solidarity with the two suspended cops, who pushed Martin Gugino, causing him to stumble backward and crack his head on the ground, WGRZ reported.

“Fifty-seven resigned in disgust because of the treatment of two of their members, who were simply executing orders,” said John Evans, president of the Buffalo Police Benevolent Association.