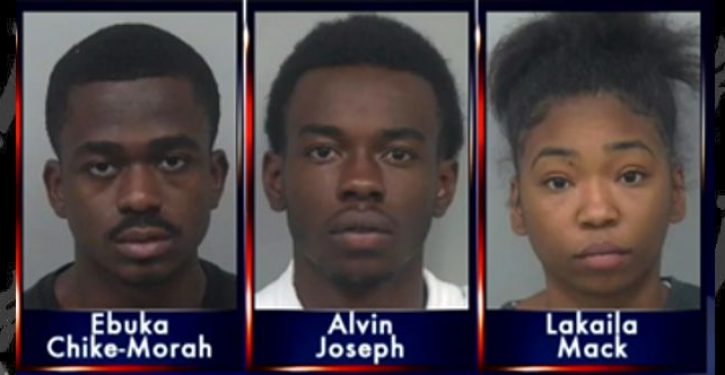 Three protesters are in jail Thursday after being arrested for trying to set police cars on fire with Molotov cocktails.

They were denied bond in court Friday.

Police say the vandals tracked those officers down at their homes and tried to torch their cars. Both fires were put out quickly, leaving minor damage to the vehicles.

Police said someone called 911 to report a Gwinnett County Police Department car on fire in Duluth some time between 10 p.m. and midnight. The fire was extinguished by the time police arrived.

Later, another 911 caller reported that someone tried to set a police car on fire in Lawrenceville and a dark-colored car fled the scene.

Rasmussen: Black voter approval for Trump has surged to over 40%
Next Post
WaPo blasted over inaccurate ‘grim milestone’ tweet on unemployment rate: ‘It’s not true’