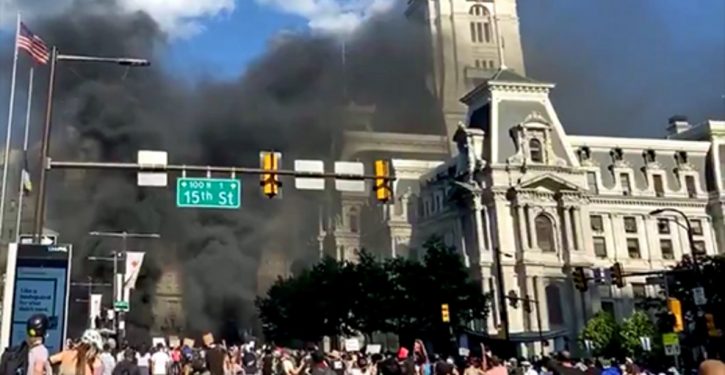 Cars set on fire billow smoke as rioters try to break into City Hall in Philadelphia. Via Twitter

[Ed. – Harbinger of things to come]

A new poll has revealed that young and college-educated Americans are more likely to support the recent riots that have taken place in major cities around the nation. 58 percent of respondents with a four-year degree agreed that riots are “fully or partially justified,” including such acts as burning a police station down.

According to a report by Campus Reform, young, college-educated Americans are more likely to support the rioting and looting that has occurred over the past two weeks.

The poll, which was conducted by Monmouth University, revealed that 58 percent of respondents with a four-year degree said that the actions of the protesters were either “fully or partially justified.”