Executives at The New York Times scrambled on Thursday to address the concerns of employees and readers who were angered by the newspaper’s publication of an opinion essay by a United States senator calling for the federal government to send the military to suppress protests against police violence in American cities.

James Bennet, the editor in charge of the opinion section, said in a meeting with staff members late in the day that he had not read the essay before it was published. Shortly afterward, The Times issued a statement saying the essay fell short of the newspaper’s standards.

“We’ve examined the piece and the process leading up to its publication,” Eileen Murphy, a Times spokeswoman, said in a statement. “This review made clear that a rushed editorial process led to the publication. … 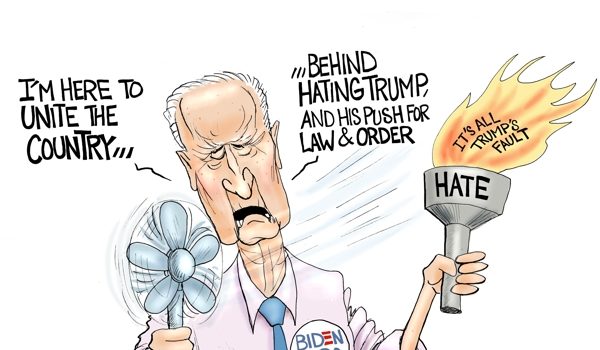 Cartoon of the Day: Fanning the flames
Next Post
In interview on how to unite nation, Biden says ‘10-15% of Americans aren’t very good people’