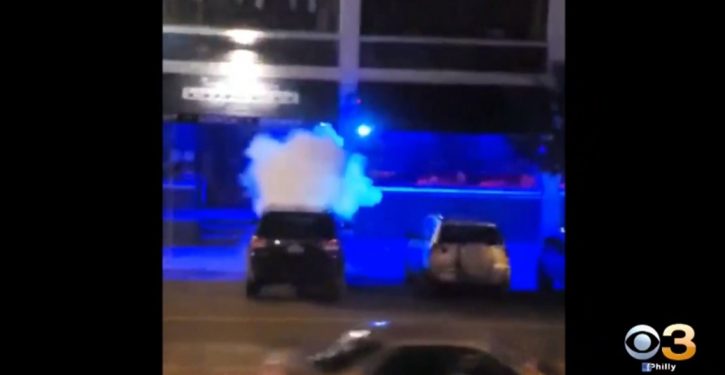 Local citizen catches video of an ATM being detonated in Philadelphia, one of 30 on night of 1 Jun 2020. Social media via CBS 3.

[Ed. – Apparently a pervasive pattern around the city, although only one death has been reported.]

Police are investigating a series of ATM explosions after several loud booms were heard throughout Philadelphia overnight. In all, a source tells CBS3 some 30 ATMs were damaged, and a botched attempt left one person dead Tuesday morning. …

Police say a 24-year-old man tried using an explosive device to blow up the ATM by Sidekicks Sports Bar, but when the device went off, he was thrown to the ground with serious injuries. He was rushed to a nearby hospital and died.