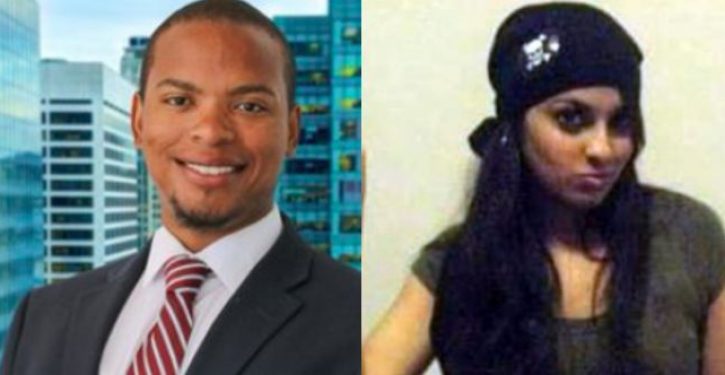 [Ed. – In saner times, the two have been disbarred, but these days all bets are off.]

Two Brooklyn lawyers, including an Ivy League graduate corporate attorney, are facing federal charges over accusations they tossed a Molotov cocktail into an NYPD vehicle early Saturday morning during a protest over the police killing of George Floyd.

Colinford Mattis, 32, a corporate lawyer and member of Community Board 5 in East New York, was charged along with fellow attorney Urooj Rahman with the attempted attack on an empty police cruiser parked outside the 88th Precinct station house in Fort Greene.

“This is shocking news to me,” Andre Mitchell, president of Community Board 5 told the Daily News. “The allegation does surprise me because that doesn’t sound like him.”

The super of Rahman’s building called her “an angel” who recently lost her legal job.

“I can’t believe it. I’m stunned,” said George Raleigh, the super of Rahman’s building in Bay Ridge. “This kid? She’s an angel.”