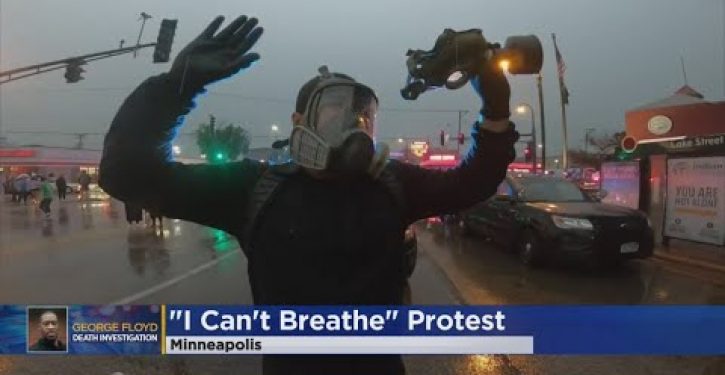 [Ed. – Bring it on. Biden has already made his statement about race.]

Minnesota, the longtime Democratic presidential stronghold that Donald Trump nearly won in 2016, has suddenly become ground zero in a campaign that already promised to inflame racial and cultural divides.

The shockwaves from the brutal death of George Floyd, who died in police custody on Monday are forcing a reckoning on the issue of police violence against African-Americans — a debate with political implications that reach far beyond the swing state’s borders.

Within Minnesota, there are already discussions about the potential impact on several competitive congressional races. Sen. Amy Klobuchar’s history as a local prosecutor is suddenly under heightened scrutiny, leading to widespread speculation that the events were likely to dim her prospects of becoming Joe Biden’s vice presidential nominee.

Outside the state, the president’s caustic remarks about protesters and the mayor of Minneapolis quickly underscored the political dimensions of the unrest. …

Federal Protective Service officer killed, another injured in Oakland shooting amid riots
Next Post
Why America can’t return to ‘normal’