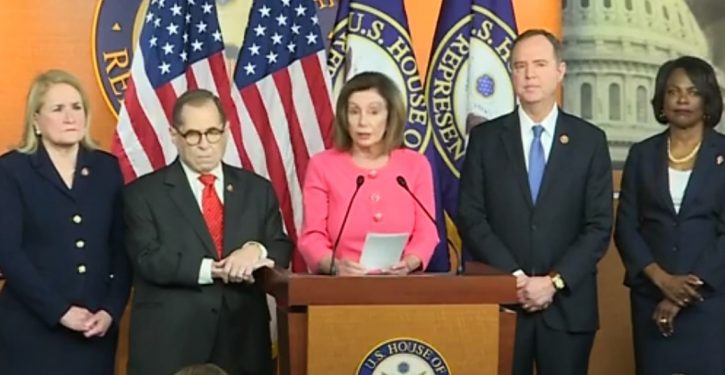 [Ed. – And yet here the Democrats are, coming right back for more.]

Bill Maher spoke to Michael Moore on Friday night and said that in hindsight, impeaching President Donald Trump was a big mistake.

Maher brought up Trump’s firing of four inspectors general before saying, “Impeachment turned out to be a horrible thing.”

Moore jumped in and said, “He bullied Mueller, he threatened him, and Mueller got scared and wouldn’t even bring him in to be interrogated.”

Maher agreed that Mueller “f*cked it up,” but then circled back to the impeachment over the Ukraine scandal:

“If I could do it over again, I wouldn’t, because it just emboldened him.

Black Americans are in an abusive relationship with the Democratic party
Next Post
Gaffe alert: Biden says he’s ‘going to beat Joe Biden’