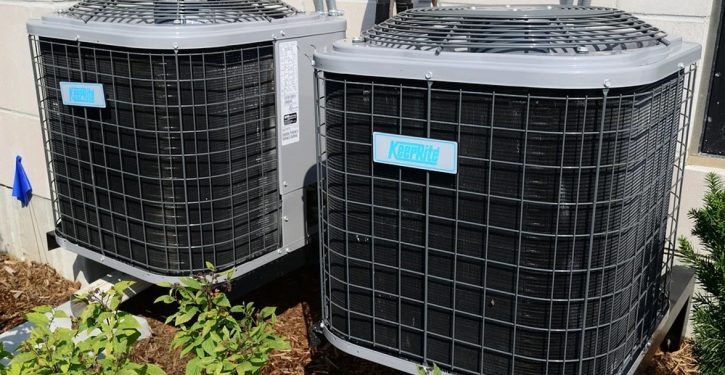 Until the virus has been defeated, we would ideally do much of our breathing outdoors, in sparse cafés spilling into Broadway’s traffic lanes, at distanced rooftop dinners, at get-(not-too-close)-togethers in the park. At some point, though, we have to go back inside and face the question: Can I trust the air?

The largest clusters of virus cling to the heaviest droplets, which behave like falling leaves — swirling and dancing for a moment or two before carpeting the ground. But as we talk, sing, shout, and laugh, we also spray a fine mist that remains aloft for hours, mixing promiscuously with the exhalations of others. … It’s not yet clear whether the tiniest, aerosolized droplets can carry a big-enough payload of coronavirus molecules to make someone sick, but it’s a good idea to act as if they do. …

[S]ays Joseph Allen, a Harvard professor of public health and co-author of Healthy Buildings: How Indoor Spaces Drive Performance and Productivity … “There’s a strong likelihood it’s happening, and every new piece of evidence supports it, and so far nothing has refuted it.” That’s a bracing assumption, because it implies that individuals can’t control their exposure just by being scrupulous about handwashing, face-touching, mask-wearing, and distance from other people.

Get over it: Vote-by-mail is already the new normal
Next Post
Biden assures voters: ‘I’ve never been gainfully employed in my life’