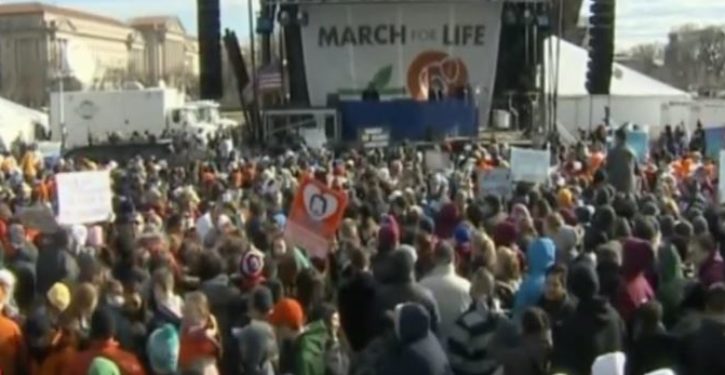 [Ed. – Even worse, the author claims in a tweet promoting her article that the Right chose ‘anti-abortion’ as a seemingly moral cause to pursue after its battle to preserve segregation failed.]

According to a new documentary, Norma McCorvey, a.k.a. “Jane Roe” of Roe v. Wade, made a deathbed confession that her pro-life conversion and activism was all an act, funded by anti-abortion organizations. … My guess is that McCorvey was a troubled woman, thrown into the middle of one of the most contentious Supreme Court cases in history, who shifted her positions in search of public approval.

Whatever the case, her later stances have no bearing on the debate over abortion. The fact that pro-life groups paid McCorvey to speak is not a big revelation nor a big deal. Nor do her vacillating claims tells us anything valuable about the constitutional validity of Roe v. Wade. …

Yet Laura Bassett at GQ would have her readers believe that McCorvey’s deathbed admission tells us everything Americans need to know about the pro-life movement.