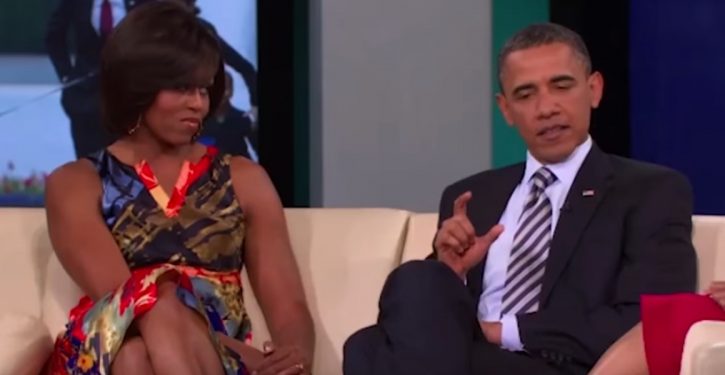 [Ed. – It will be on ABC in about 15 minutes. It’s part of a commencement special sponsored by LeBron James.  We apologize for not giving you enough warning.]

Former President Barack Obama will deliver a commencement address during a televised graduation special honoring the Class of 2020 tonight.

The former president’s address will highlight the graduating class’s accomplishments and include a reflection about the events of the past several months … Obama will be joined by high school students who work with the Obama Foundation, including Chicago Public Schools seniors and members of the Obama Youth Jobs Corps.

The LeBron James Family Foundation, XQ Institute and The Entertainment Industry Foundation in April announced that the one-hour special, “Graduate Together: America Honors the High School Class of 2020,” will air simultaneously across various television networks and digital platforms on May 16 at 8 p.m. ET | 7 p.m. CT. The event will pay tribute to high schoolers graduating this year and will include appearances by James, Pharrell Williams, Malala Yousafzai, the Jonas Brothers, Bad Bunny, Yara Shahidi, Ben Platt, Lena Waithe and H.E.R.