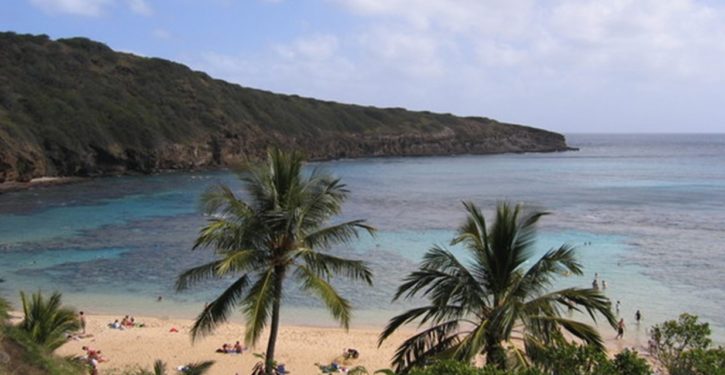 [Ed. – Sounds like the guy was having a pretty good time until he got arrested.]

Tarique Peters, 23, of the Bronx, arrived in Honolulu on Monday, said a news release from the Hawaii COVID-19 Joint Information Center.

“He allegedly left his hotel room the day he arrived and traveled many places using public transportation,” the release said. “Authorities became aware of his social media posts from citizens who saw posts of him — on the beach with a surfboard, sunbathing, and walking around Waikiki at night.”

Travelers in quarantine aren’t allowed to leave hotel rooms or residences for any reason except medical emergencies. Hotel guests don’t receive housekeeping services and must arrange for food to be delivered to them.