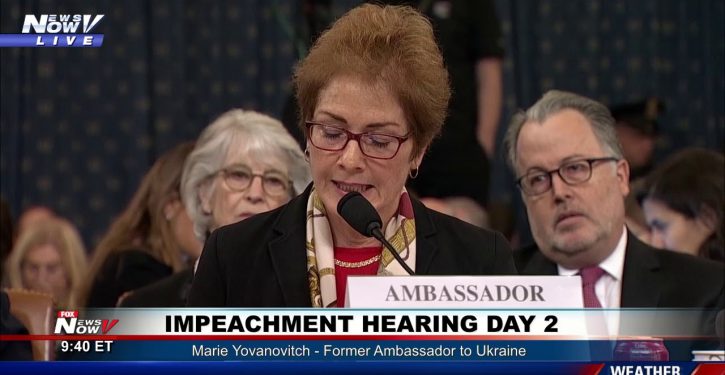 [Ed. – Lying under oath during an impeachment hearing seems like it might be kind of a big deal. –Wes Walker, ClashDaily]

But newly unearthed State Department memos obtained under the Freedom of Information Act show Yovanovitch’s embassy in Kiev, including the ambassador herself, was engaged in several discussions and meetings about Burisma as the gas firm scrambled during the 2016 election and transition to settle a long-running corruption investigation and polish its image before President Trump took office.

Yovanovitch, for instance, was specifically warned in an email by her top deputy in September 2016 — three years before her testimony — that Burisma had hired an American firm with deep Democratic connections.

It’s on: Graham announces ‘in-depth’ hearings on Obama administration abuse
Next Post
23% of Republicans think GOP should nominate someone other than Trump