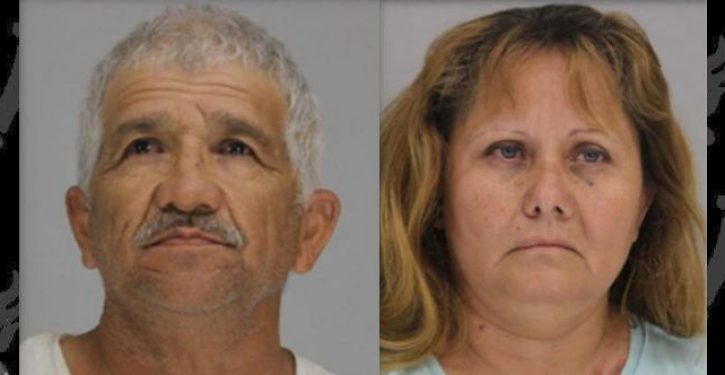 CBSDFW.COM obtained the arrest affidavit Tuesday for the two people accused of abusing a 6-year-old boy who was found with his hands tied behind his back inside a shed in Dallas.

Police found the child behind the home on Coston Drive around 11:30 p.m. on Sunday night. The boy told officers the alleged abuse started since he “got out of school for this corona thing.”

The child’s grandmother Esmeralda Lira, 53, and her boyfriend, Jose Balderas, 66, were arrested.

The child told child abuse detectives during a forensic interview that whenever his grandmother left the home, she put him in the shed, tied him up and told him he was bad. He also said Lira bathed him outside by spraying him with water.

He had been tied up and locked in the shed around 10:30 p.m. the night of the arrests.

Previous Post
Trump is getting trounced among a crucial constituency: The haters
Next Post
WHO says it cannot invite Taiwan to annual summit because China objects