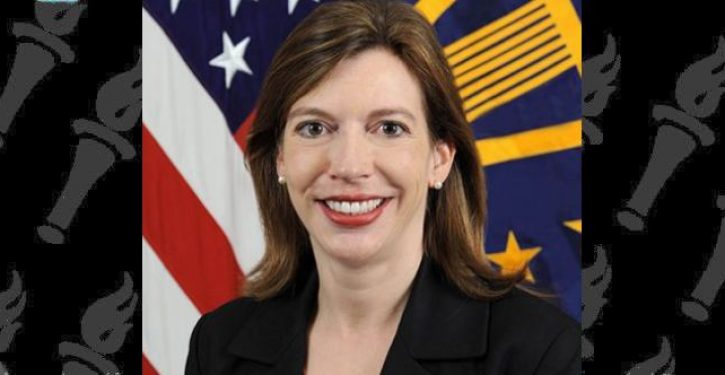 [Ed. – Domino effect now accelerating. Which will be the last tile to fall?]

Former Obama administration defense official Evelyn Farkas testified under oath that she lied during an MSNBC interview when she claimed to have evidence of alleged collusion, a newly declassified congressional transcript of her testimony shows. Farkas testified before the House Permanent Select Committee on Intelligence on June 26, 2017, as part of the committee’s investigation into Russian interference in the 2016 presidential election between Donald Trump and former Secretary of State Hillary Clinton.

Lawmakers keyed in on an appearance Farkas made on MSNBC on March 2, 2017, in which she urged intelligence community bureaucrats to disseminate within the government and potentially even leak to media any incriminating information they had about Trump or his aides.

“I had a fear that somehow that information would disappear with the senior [Obama administration] people who left…[that] it would be hidden away in the bureaucracy,” Farkas said.

Obama says ‘rule of law is at risk’ after DOJ dropped Michael Flynn case
Next Post
After getting busted peddling BS about Pence, Jimmy Kimmel offers biggest non-apology ever