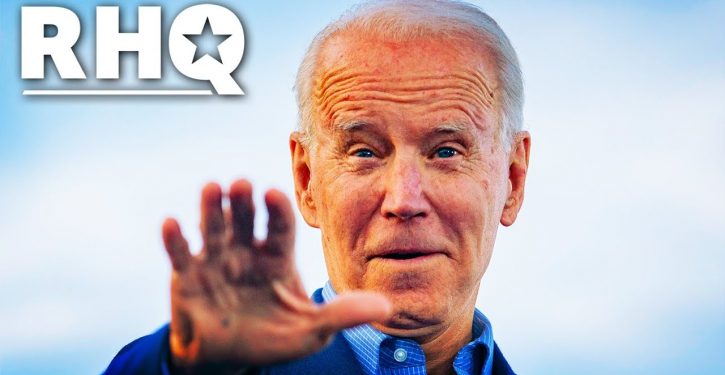 [Ed. – The Democrats have only themselves to blame.]

The least offensive candidate left standing was Biden. Many Democratic primary voters initially had written him off as an inept retread, a blowhard and an impediment to the leftward, identity-politics trajectory of the newly progressive Democratic party.

Long ago he spun tall tales about how in his youth he had taken on a Delaware street gang with a 6-foot chain or slammed a bully’s face into a store counter. More recently, he taunted President Trump with tough-guy boasts about taking him behind the proverbial gym and beating him up.

Biden has been unable to keep his hands off women. Even his supporters cringed when he was seen sniffing the hair, rubbing the shoulders or whispering into the ears of unsuspecting females, some of them minors.

Open thread (5/8/20)
Next Post
So now Dianne Feinstein cares about the timing of sexual assault accusations?