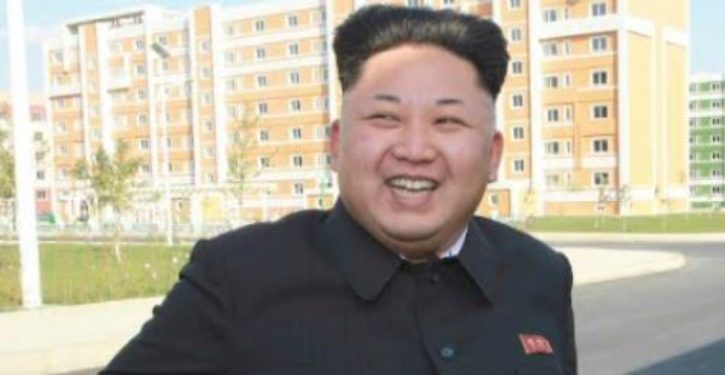 [Ed. – Come on, now. How could anyone so perfectly recreate that roly-poly lunatic?]

Photos of North Korean dictator Kim Jong Un at a public event have sparked wild theories that it could have been a body double.

State-run media on Saturday released images and video of the 36-year-old Hermit Kingdom leader at a red-ribbon cutting function — dispelling escalating rumors that he was either dying or even already dead.

The photos have instead raised suspicion that a lookalike could have been there in his place — with web sleuths noting discrepancies in facial, hairline and dental features when compared with previous appearances.

It is a “well-known fact that Kim uses body doubles,” the International Business Times (IBT) says — and The Sun in 2017 posted video seemingly showing the dictator chatting to some of them.

Human rights activist Jennifer Zeng was the first to draw attention to dissimilarities between the two “versions” of Kim, including differences in their teeth, and ears, according to IBT.

‘Time to stop giving the FBI’s Crossfire Hurricane team generous benefit of the doubt’
Next Post
More are ready to return to work, less fearful of COVID-19 risk