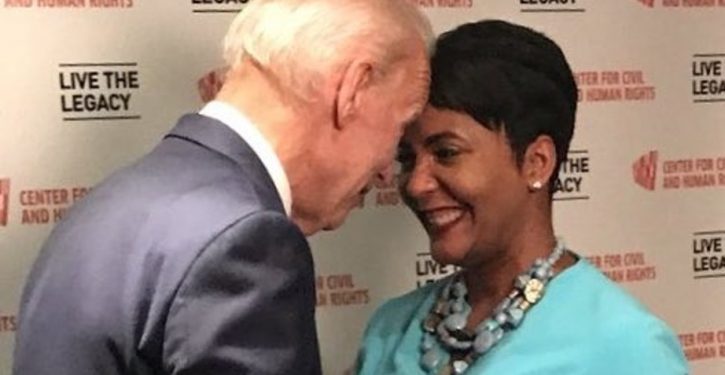 [Ed. – At this particular point in time, his speech writers might have given a little though to their phrasing.]

“I would get much more engaged in the world, we can’t step back,” Biden said. “If in fact, for example, we solve the problem in the United States of America and you don’t solve it in other parts of the world, you know what’s going to happen?”

When asked if he was vulnerable because of his son Hunter’s business dealings in China, he said he didn’t believe so at all. He said his son’s business dealings “have nothing to do” with him, and claimed that President Trump owes millions of dollars to the bank of China, a since-debunked claim.