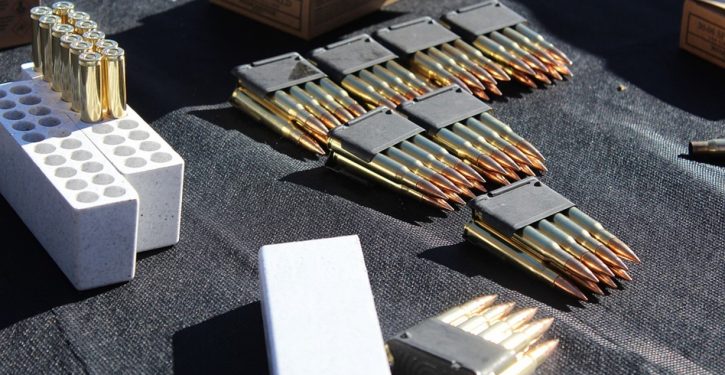 [Ed. – You mean there are actually judges in California who follow the Constitution?]

A federal judge in California ruled that a law requiring background checks to purchase ammunition violates the Second Amendment.

Voters approved toughening California firearms laws to include background checks on ammo purchases in 2016, and the restrictions took effect last July. The California Rifle & Pistol Association filed a lawsuit against the state shortly after.

“The experiment has been tried. The casualties have been counted. California’s new ammunition background check law misfires and the Second Amendment rights of California citizens have been gravely injured,” Benitez, a Bush appointee, wrote in the ruling.

Attorney General Xavier Becerra claimed in court filing that the law prevented 750 criminals from purchasing ammo, according to The Associated Press.

Abrams: Trump an ‘illegitimate’ president who opposes mail-in ballots because he’s ‘afraid’
Next Post
COVID-19: In the midst of a fire, it makes no sense to point fingers at the principal arsonist