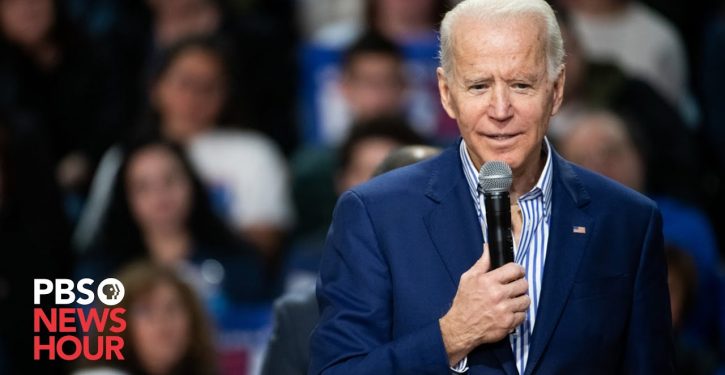 [Ed. – Actually, the Democrats are the ones who’ve tried to postpone an election under contentious conditions.  To hear them tell it, they were a Righteous Army trying to save Wisconsin by making that attempt.  Meanwhile, other states have postponed primaries without Biden apparently thinking it’s an effort to sabotage the proceedings.]

Presumptive Democratic presidential nominee Joe Biden has predicted that US President Donald Trump will try to postpone the country’s November election in an attempt to win.

“Mark my words, I think he is gonna try to kick back the election somehow, come up with some rationale why it can’t be held,” Biden said during an online fundraiser Thursday.

The 77-year-old former vice president said it is “the only way he thinks he can possibly win.” …

[D]ozens of US states have postponed their primary races, which will officially determine who will be the presidential nominee.