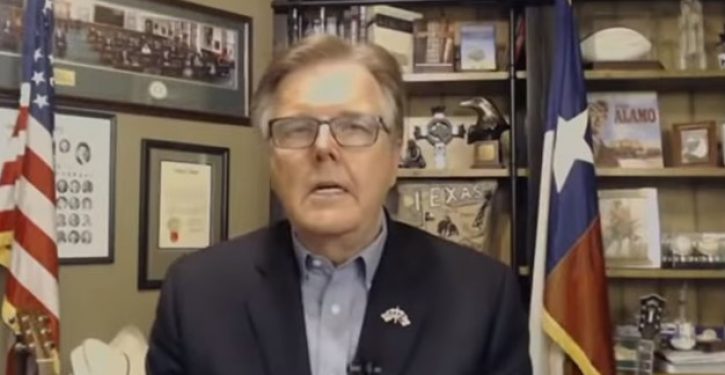 [Ed. – Maybe the governor needs to speak for himself or, better still, not at all.]

Texas Lt. Gov. Dan Patrick (R) called for the reopening of his state and the country late Monday, saying there are “more important things than living.”

Patrick said on Fox News’s “Tucker Carlson Tonight” that he was “vindicated” after being criticized for saying in March that he thought “lots of grandparents” across the country would risk their survival to keep the country afloat economically.

“I don’t want to die,” he added. “Nobody wants to die, but man we gotta take some risks and get back in the game and get this country back up and running.”

The Texas official stood by his March remarks and said the country “should not have been locked down.”