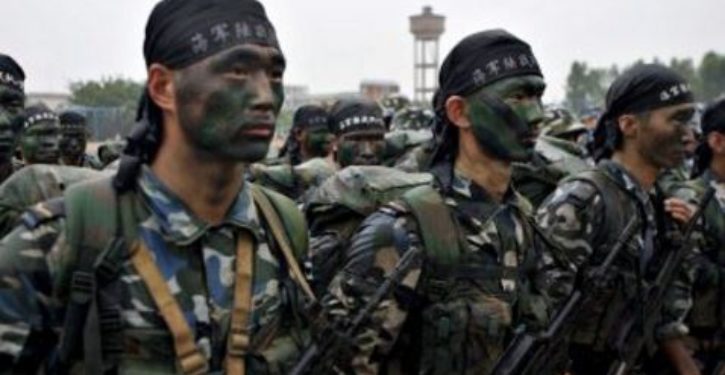 [Ed. – Previewed this a long time ago.  China is taking steps to treat the entire South China Sea as an extension of Chinese territory, basically turning it into a virtual peninsula.  The sooner this trend is arrested, the less it will cost to do it.]

While the world is reeling under the human and economic cost of the Wuhan virus, Communist China is ramping up its military intimidation of its weaker rivals. In the midst of the outbreak, China’s People’s Liberation Army (PLA) carried out several “naval and air intrusions in Taiwan and Japan,” foreign police journal The Diplomat confirmed on Friday.

Beijing has moved to tighten its grip over the South China Sea by setting up new administrative structures in the disputed waters.

The two new districts will be under the authority of the local government in Sansha, a city in the southern island of Hainan.

The new districts will govern the Paracels and Macclesfield Bank – an area claimed by Vietnam and Taiwan – as well as the Spratly Islands and their adjacent waters, where there are multiple overlapping claims.