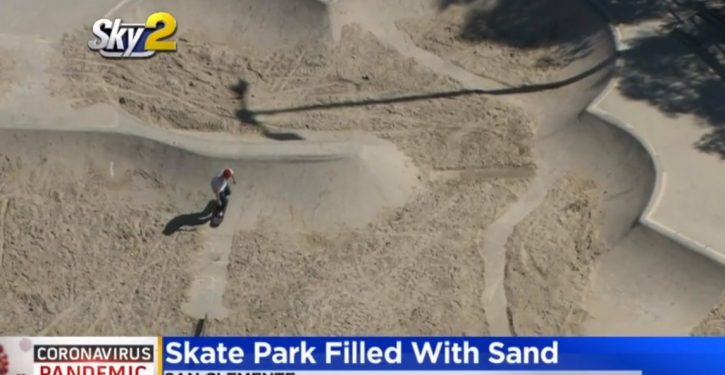 [Ed. – As the anchor woman says in the video clip, the skaters gamely made tracks through the sand and kept on keeping on.  No need to weep for the taxpayer either; nothing cheaper than sand in SoCal, and San Clemente is one of the wealthiest cities in the wealthy O.C.  Although times have been tough; the offered price for Richard Nixon’s “Western White House” estate, La Casa Pacifica, was dropped to a mere $57 million last year.]

A popular skatepark in San Clemente was filled with sand to discourage skaters from using it during the coronavirus pandemic and to promote social distancing.

San Clemente had shut down all its parks and facilities on April 1 under the state’s stay-at-home orders, but skaters ignored signs warning against trespassing at the Ralphs Skate Court, 241 Avenida La Pata. …

City officials told the newspaper they followed in the footsteps of other cities, and filled the skatepark with 37 tons of sand.

Michael Cohen to be released from prison early due to coronavirus concern
Next Post
Coronavirus enforcement: In 22 U.S. states, talking drones ‘donated’ by Chinese company long suspected of espionage 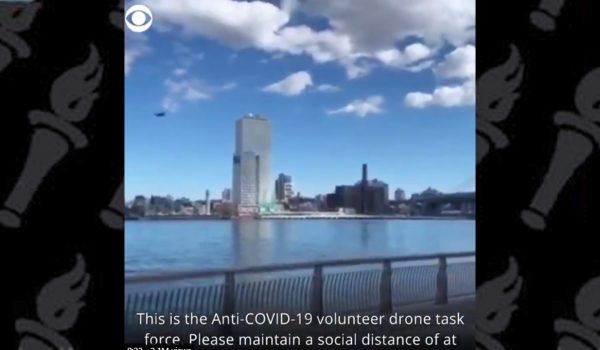