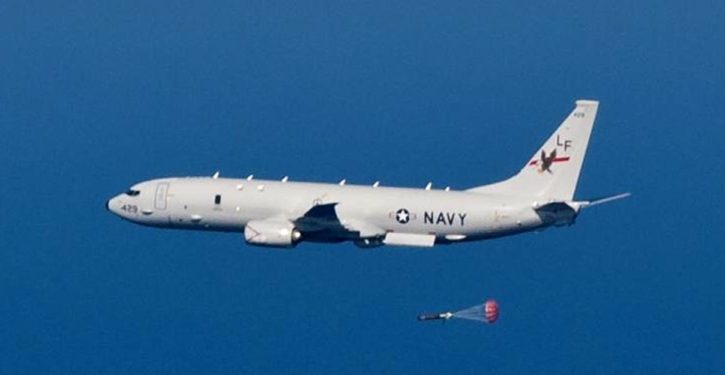 [Ed. – The “Maverick and Goose” move, sounds like.  There’s zero excuse for exposing an intercept target to jet wash, as the article goes on to recount. This was deliberate, unprofessional, etc.  As the Navy notes, the Russians violated the longstanding Incidents at Sea (INCSEA) agreement with this little maneuver.]

A U.S. surveillance aircraft flying in international airspace over the Mediterranean Sea was intercepted by a Russian fighter jet on Wednesday, the Navy said in a statement. The 6th Fleet said the Russian SU-35 flew within 25 feet of the  U.S. P-8A Poseidon plane in an “unsafe” high-speed, inverted maneuver, putting the American “pilots and crew at risk.”

“While the Russian aircraft was operating in international airspace, this interaction was irresponsible,” the statement said. …

The Navy said the incident lasted approximately 42 minutes and the crew of the U.S. P-8A aircraft reported wake turbulence following the interaction.