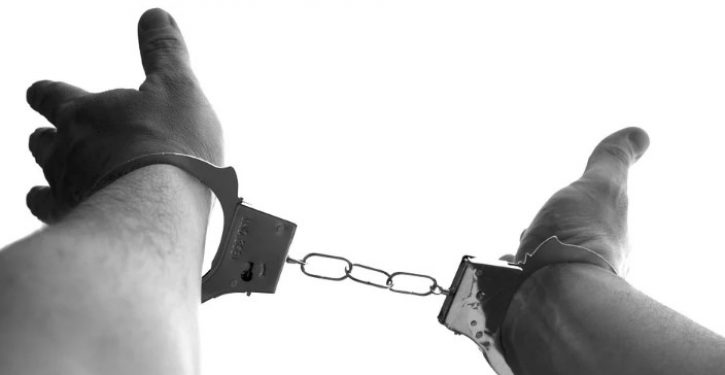 Deputies in Florida have arrested a couple of doctors after they were caught on a doorbell camera stealing a campaign flag supporting President Donald Trump from their neighbor’s property in front of their two children.

Geoffrey Michael Fraiche, 41, and Laura Ann Webb-Fraiche, 38, allegedly took the flag on April 7 in Gulf Breeze. A Santa Rosa County Sheriff´s report said they used a ladder to pull it down.

Both Fraiche and Webb-Fraiche are gynecologists working in different Pensacola hospitals.

They were charged with criminal mischief, trespassing, larceny and contributing to the delinquency of a minor, and released from the county jail, reported WKRG.

The district’s Republican Rep. Matt Gaetz, who is a loyal Trump supporter, tweeted on Tuesday that their actions showed ‘despicable parenting.’

He included a version of the Ring camera video with captions added that the couple’s older child asked them to stop.

Sen. Chris Murphy claims China is blameless for COVID-19
Next Post
Is Gretchen Whitmer doing all this crazy crap to get Biden to name her as running mate?