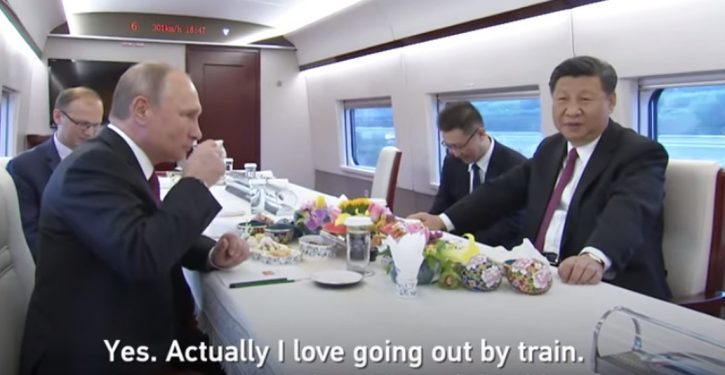 [Ed. – Liberals, who sat by passively as Obama signed a self-emasculating agreement with Iran, would like nothing better than to saddle Trump with this allegation.]

In 1994, on his 90th birthday, the legendary diplomat George Kennan, architect of America’s Cold War containment policy, said, in a speech looking back on his life and times, “It is primarily by example, never by precept, that a country such as ours exerts its most useful influence beyond its borders.”

With our response to the coronavirus, so different from any crisis the country has faced for over a century, we are providing a very poor example, and as a result, our influence abroad is declining to a historic low point — so low that we may be experiencing a pivot in geopolitical power away from the United States and its allies.

American influence had already been waning for a host of reasons. … Now, however, Trump has taken us to the brink of irrelevance—not quite to the abyss, but teetering on its edge.