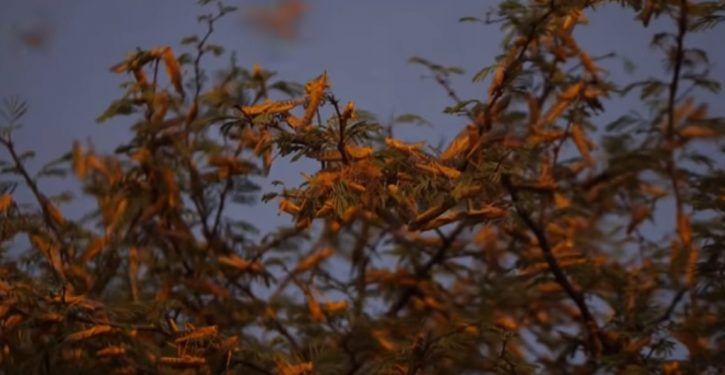 Yes, those are all locusts. The whole field looks like that. February 2020 in Kenya. Channel 4 News, YouTube

[Ed. – Simply awful, with so much of the globe locked down by the virus and transport infrastructure compromised.  Farmers in many places (including the U.S.) are having to dump crops they can’t sell due to public lockdowns – but commercial infrastructure is also out of position to react quickly and move food commodities to where they’re needed, especially over the distances involved.]

Weeks before the coronavirus spread through much of the world, parts of Africa were already threatened by another kind of plague, the biggest locust outbreak some countries had seen in 70 years.

Now the second wave of the voracious insects, some 20 times the size of the first, is arriving. Billions of the young desert locusts are winging in from breeding grounds in Somalia in search of fresh vegetation springing up with seasonal rains.

The U.N. Food and Agriculture Organization has called the locust outbreak, caused in part by climate change, “an unprecedented threat” to food security and livelihoods. Its officials have called this new wave some 20 times the size of the first.

“The current situation in East Africa remains extremely alarming as … an increasing number of new swarms are forming in Kenya, southern Ethiopia and Somalia,” a new FAO assessment said.