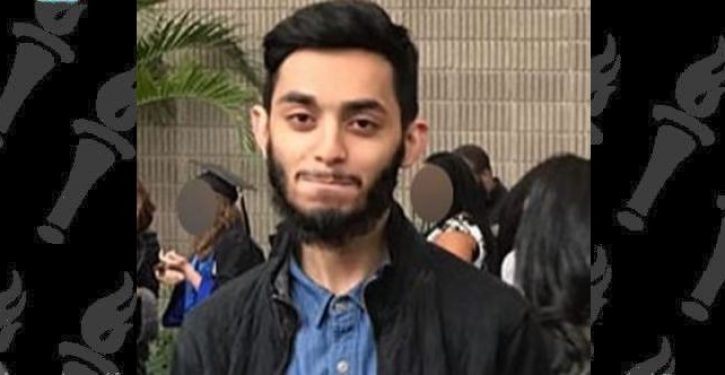 [Ed. – He has one of those typical down-south names.]

A Georgia man accused of plotting to attack the White House with an anti-tank rocket and explosives has pleaded guilty to a federal charge.

Hasher Jallal Taheb, 23, pleaded guilty on Wednesday to a charge of attempting to destroy, by fire or an explosive, a building owned by or leased to the United States, federal prosecutors said.

“Taheb hatched a dangerous plan that would have resulted in unimaginable injury,” US attorney Byung J “BJay” Pak said in an emailed statement. “We are grateful to community members who noticed his dangerous evolution and alerted law enforcement.”

Local law enforcement contacted the FBI in March 2018 after getting a tip from a community member saying Taheb had adopted radical ideas.

In conversations with undercover federal investigators in October 2018, Taheb mentioned plans to travel overseas and wanting to attack the White House and the Statue of Liberty, prosecutors said.